Council for People’s Development and Governance (CPDG) raises alarm on these non-stop and wholesale violations of people’s rights and lingering impunity especially as the 2022 national elections close in. CPDG spokesperson Liza Maza said that incumbent administrations are known to use a climate of terror against critics and the opposition for electoral advantage, such the red-tagging and terror-tagging in the 2016 national and 2019 midterm elections.

“Recognition, not vilification for CSOs”—CPDG to PH Gov’t on the International Day for Disaster Risk Reduction

The recognition of CSOs’ efforts by local and international bodies including the UN belie the claim that their activities are meant for destabilization and confirm how they capacitate communities and build their resilience to disasters.

Groups to Duterte: “retirement is not enough”

Many political forces, especially those who are critical of the current administration, expressed their rejection of any Duterte candidacy at the national level. The same sentiments apply for the possibility of the Marcoses’ return to power through the late dictator’s son, Ferdinand “Bongbong” Marcos, Jr.

Redtagging and smear campaign against Leyte CSO, “a brazen attack on volunteerism and development work”—CPDG

While civil society organizations (CSOs) like LCDe fill the gaps and limitations in the government’s pandemic response, they fall victims to its vicious counterinsurgency program. These malicious attacks do not contribute to anything but only deprives the poor, vulnerable, and marginalized Filipinos from receiving much needed assistance. 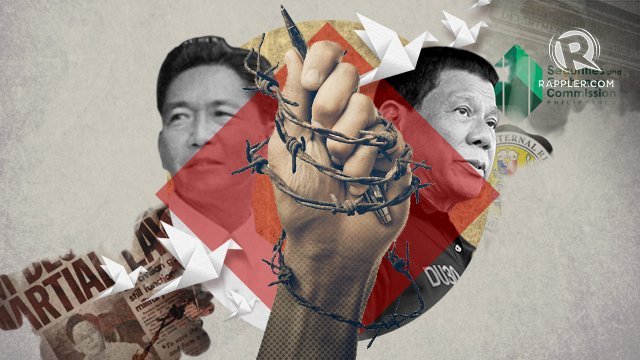 Just like the late dictator who is known for amassing ill-gotten wealth, Duterte clearly follows suit. There are billions worth of funds that have been misappropriated and misused, even though the pandemic demands increasing spending on health and medical services. The national debt also keeps on increasing but the funds are not used for the urgent demands and interests of the people. Maza added that “burying the country in debt is a legacy where Duterte and Marcos are very much alike”. Thus, the indignation and protest of the people constantly increase over his consistently failing policies, especially in combating COVID-19.

“There is clear and strong opposition against the Kaliwa dam in Dumagat communities. It will be best if the government and MWSS listen to the voices of the opposition, stop the project, and seek other alternatives to ensure stable water supply for Metro Manila and nearby provinces. The claim that many people ‘benefit’ from it does not justify the huge displacement and ethnocide,” Beyer further explained.

“ICC investigation, a glint of light amid darkness”—CPDG

“The authorization of the pre-trial is a landmark in our years of perseverance and push back against the Duterte administration’s autocracy and repression. It is the direct result of victims’ collective perseverance in seeking justice. We are all looking forward to holding the government accountable for its gross human rights violations, especially extrajudicial killings,” Maza explained. 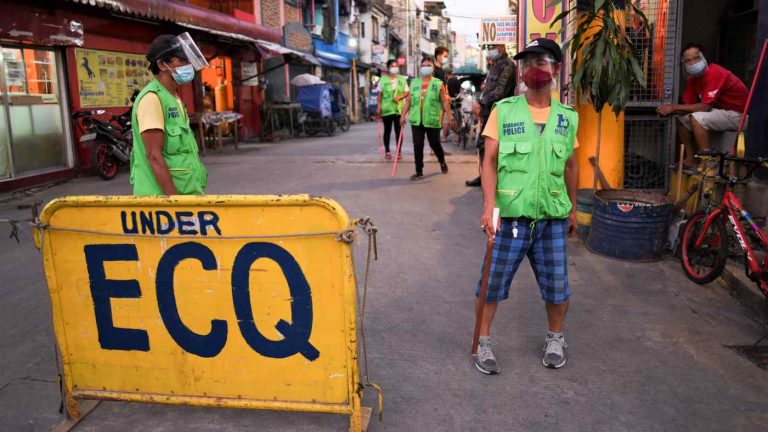 “New quarantine classifications have nothing new to offer”—CPDG

“The implementation of either ECQ or GCQ by whatever name repeats the failure of the government’s pandemic response. It still focuses on closures and restrictions while confusing the people and merely giving the illusion of action,” said Liza Maza, spokesperson of the Council for People’s Development and Governance (CPDG). Maza also pointed out that the administration still refuses to talk about much-needed financial assistance or ayuda for the poorest families.

Demolition of fishing communities in Cavite: “neither for anyone’s safety nor for the environment”—CPDG

“There is clear and strong opposition against the Kaliwa dam in Dumagat communities. It will be best if the government and MWSS listen to the voices of the opposition, stop the project, and seek other alternatives to ensure stable water supply for Metro Manila and nearby provinces. The claim that many people ‘benefit’ from it does not justify the huge displacement and ethnocide,” Beyer further explained.